Vintage base ball - where sports and history meet! 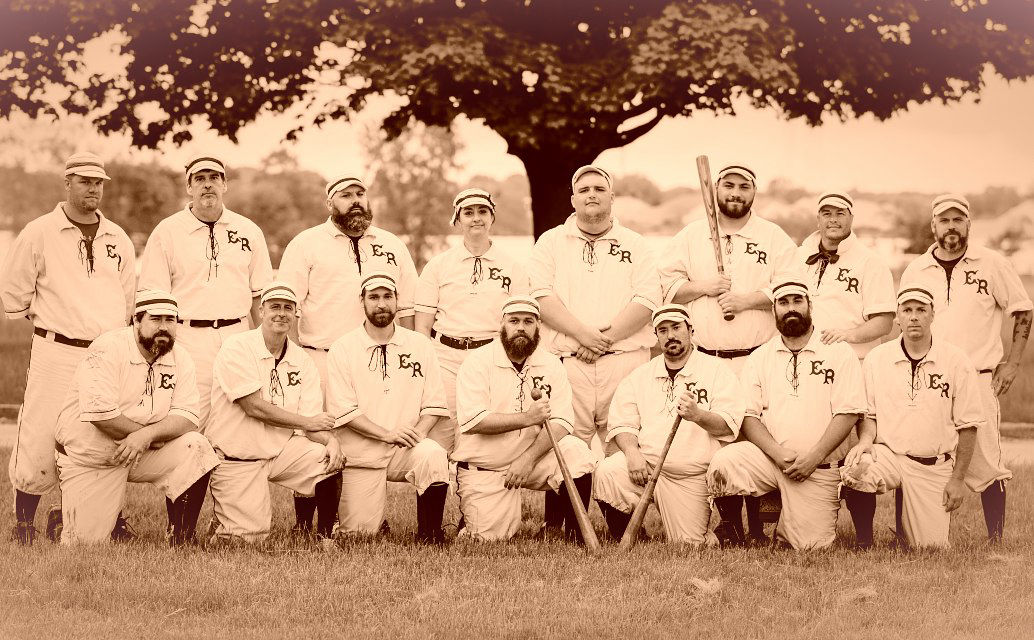 The Early Riser Base Ball Club

The HFWC has sponsored our VBBA team since 2009. The  Early Risers are named after one of the first baseball teams in Detroit! Rules for this league are taken from older baseball rules (see below).

Come out and root for the team! Admission and parking are free. 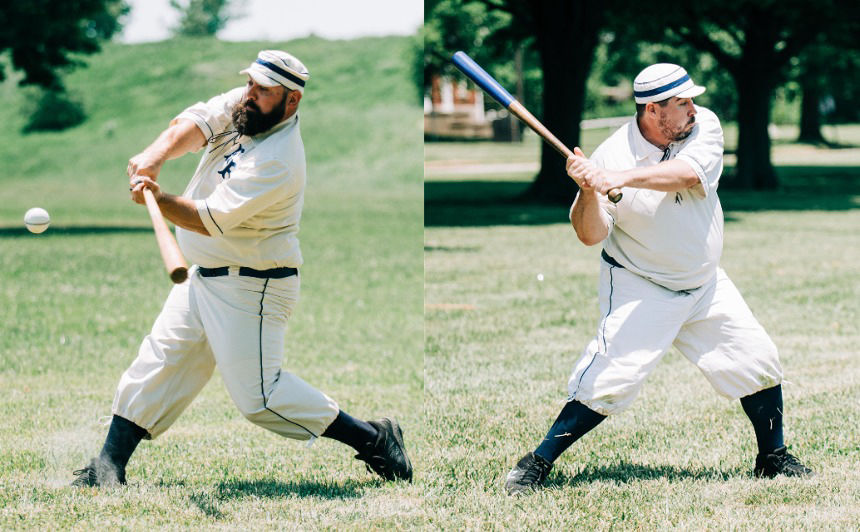 The Early Days
America’s favorite pastime began taking root in urban environments throughout the country in the early 1800’s. Using makeshift equipment and playing under far different rules than modern ball teams, baseball gained national allure with the forming of semipro leagues and teams in the mid 1850’s which would lead to a governing body and the adoption of more formalized rules by the turn of the century.

Today, amateur vintage leagues around the country celebrate the early days of baseball by fielding teams that use the original equipment, uniforms and rules from the pre-1890’s teams.

It's Called Base Ball
The name of the game used to be two words, not one. One of the earliest organizations governing the sport was called the National Association of Base Ball Players and players were often known as ballists. Vintage league teams will use the 1800’s terminology to describe the sport, the players, their equipment, and the rules.

Different Rules From Diffrent Years
As the game developed in the earlier part of the nineteenth century, different clubs and organizations established their own rules. Today, vintage leagues play by many of these different sets of rules.

The 1873 rules, established by the first National Association of Professional Base Ball Players, helped bring base ball into the modern era. These rules required a standardized ball for the first time in history. Most commonly used in vintage leagues are the 1860 Beadles rules, named for the “Beadle’s Dime Base Ball Player Manual.” The rules focused on building camaraderie between players and required two scorekeepers—one from each team. Some vintage teams also play by the 1845 rules of the New York Knickerbocker Club, which required games to be played to 21 runs, or “aces” as they were called.

The Rules Are Quite Different From Today's
Vintage games are fun throwbacks to the simpler times of the game. For example, in vintage games, there’s no over-the fence homerun because there’s no fence. If a player hits a ball 400 feet, he still has to run the bases and beat the throw. A few traditional 1860 baseball rules, still followed by a large number of clubs, include:

~Underhand pitching only and no fast pitching
~No leading off and no foot-first sliding
~No spitting, no chewing tobacco, no foul language
~A ball hit into fair territory that then goes into foul territory is still fair
~If a ball is caught on a bounce, it’s an out

Dressing the Part
Just like Civil War re-enactors, vintage league players wear the proper uniforms when playing baseball. Players can create the full woolen uniform, from pants or knickers, to buttoned or bib shirts (made with team colors and logos), gloves, and caps. They also must use traditional styles of bats and balls, which differ dramatically from those that exist today. Vintage bats were typically longer and thicker than modern ones, and were often very heavy in order to propel softer balls farther.

Women's League
Most people are familiar with women’s baseball leagues thanks to the movie "A League of Their Own," but women were playing base ball as early as the men were, way back in the 1800’s! 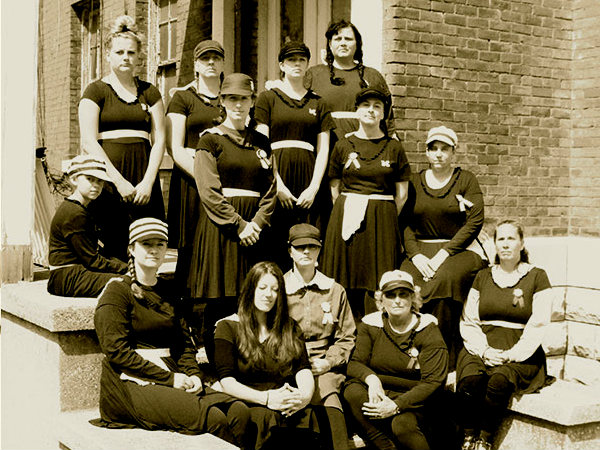 In 2014, we welcomed the formation of a ladies' team, the Detroit River Belles! Although there were no known organized ladies clubs in Detroit in the 1860's, there were clubs forming on the east coast and the River Belles represent what a ladies club of the Victorian era would have been.

The Belles were interviewed for a 2015 NPR article titled Baseball In Skirts, 19th Century Style. Take a look!

Check out their schedule below and come watch them play! Admission is free.